The Swim and Dive Team is Back Better than Ever 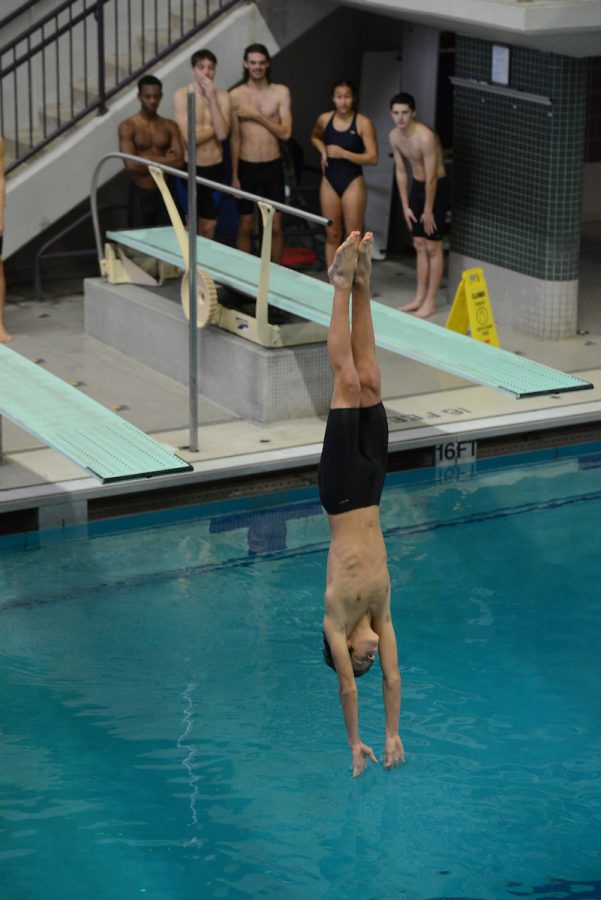 The Damascus Swim and Dive team is making a splash after being in quarantine for over a year and a half. The team has welcomed new skillful members from all grades and is preparing to take part in regionals, where they will compete to earn a spot to go to States.

“I have thoroughly enjoyed having a full season of swimming and diving once again! I am grateful the season has had little interruptions and that our student-athletes have remained relatively healthy,” coach Kevin Beabout said.

Both the girls and boys varsity teams have competed in six meets where they  earned a combined total of four wins and two losses. Last Saturday the team placed third in the Division II championship, closely following Poolesville which is their “biggest rival,” says one of the team captains Sophia Witt, senior. Overall, the team came in first for 5 out of the 24 events that they competed in.

Coach Beabout is optimistic that Damascus “should be a force in Regionals and on into States to challenge for a top 3 placement,” referring to their  regional event on Saturday, Feb. 12.

For many of the team’s seniors, their last meet was at the Division II championship last Saturday. But before they say goodbye to their last season as members of the team, the three captains shared how being a part of this team has affected them.

“Being on the swim team has been a highlight of my high school experience because I get to hang out with some of my friends, and it’s also a great way to meet new people,” Senior captain Grace Evans said. “I love being captain because I get to be a leader on the team I have grown to really love.”

“My swim career-ending is bittersweet,” Evans continued. “Moving on to college is exciting, but knowing I won’t have these times at swim meets, practices, or team dinners with my friends makes the whole process of moving on and growing up very difficult.”

Evans has dedicated her swim career to being a Hornet. “I am very excited for regionals! I don’t swim club, I only swim for school and the Damascus Dolphins in the summer, so I am pretty proud to have made it into such a competitive meet for the second time. I swam the 100 breaststroke at regionals my sophomore year, which I will be swimming again. I am looking forward to dropping time and hopefully making it to the state meet!”

Witt reminisced about her time in the pool. “I’ve been swimming for 9 years now and I’ve been on the team for all four years of high school,” Will added. “Being on the team has given me the opportunity to meet some of my best friends, to feel truly supported by my teammates, and to encourage my teammates in their incredible accomplishments.”

Witt continued, “The fact that my high school swimming career is coming to an end so soon is heartbreaking as I’ll have to leave the community that has welcomed me and given me some of my best memories, but I know that swimming will continue to provide me with a community outside of high school.”

Senior captain Christopher “CJ” Corder looked back at his time as a Hornet with pride. “So I started swimming when I was four, being a part of our swim team is an amazing experience that really allows people to be put out of their comfort zone and try new things,” he said. “I think Damascus will do amazing in regionals after our third place in divisionals! And going to regionals is the fastest two swimmers in every event and our amazing diers!”