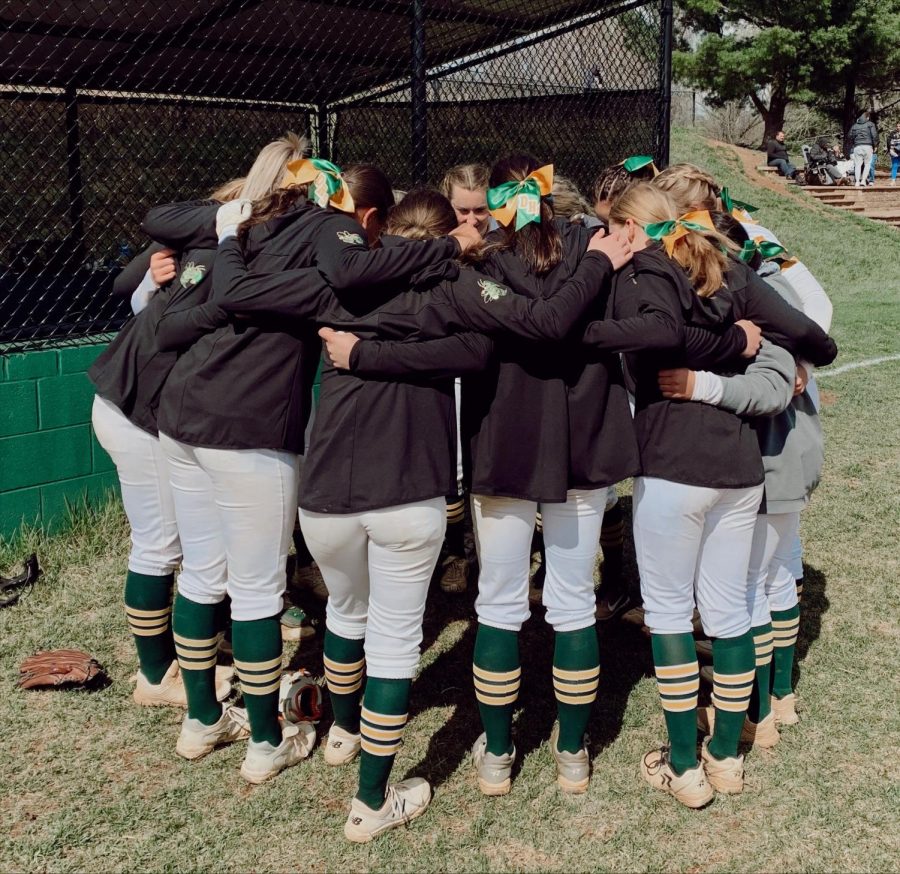 Number one in the DMV ranked by The Washington Post. Undefeated 14-0. The Damascus Hornets Softball program has proved their talent but also their ability to work as a cohesive team, making them extremely strong competition.

What makes this team so successful? Skill, communication, preparation? Senior Riley O’Leary says it is their chemistry. She says that is what makes their team different from any other in the DMV.

“We push each other to reach our goals and hold each other accountable,” says O’Leary.

Junior pitcher Isabella DiGiandomenico elaborates on what makes Damascus different, claiming it is their “dynamic.” She discusses the importance of the support system in place on the team, and that they are all incredibly “supportive of one another.” She says the team captains have done a spectacular job of organizing team social events, strengthening their bond with each other.

Head Varsity Coach Lindsay Burns, who has been coaching softball at DHS for 12 years, reiterates what the players have been saying: it’s their bond.

They have “the overall drive to get better every day” and “they do not quit,” says Burns.

Clearly, the players and coaches of Damascus softball have a passion in their hearts like no other. It is evident on the field how well they work together, which most definitely reflects in their record.

The team is on a strong path to a state championship. When asked about how they plan to get there, O’Leary says that “every day is preparation for playoffs.” Although everyone wants to bring home that state championship win, Damascus is taking it  “one game at a time.” O’Leary continues by stating that she thinks they have a great shot at states and that it drives her and the rest of the team to work harder during each and every practice.

Tonight at 5:15, the Hornets will take on the Sherwood Warriors (11-1) for what will be a tough matchup for both teams. It is also senior night for our ladies, so make sure you’re there to celebrate and support this fantastic team.