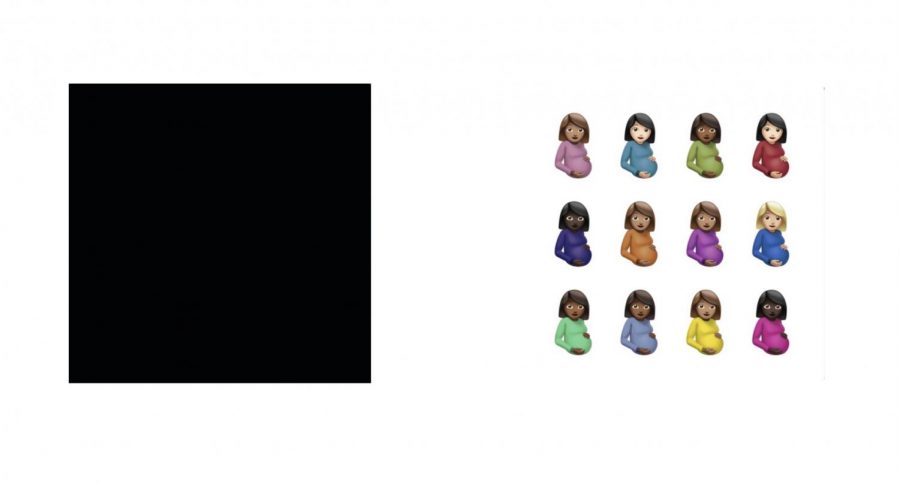 On the left "Donda" is pictured and on the right is "Certified Lover Boy."

Late this summer, after dropping highly anticipated albums within five days of each other, rap sensations Drake and Kanye West continued their 12-year rivalry competing to top the hip-hop charts while facing major comparison.

West released his album “Donda,” named after his late mother, on Aug. 29 after months of delays and false release dates. Much was expected for West’s 10th album and the tease of its release fed into the album’s hype. To promote the album, stadium listening parties were held at the Atlanta Falcons Stadium and Mercedes-Benz Stadium. Both events were packed with more than 40,000 people in attendance. According to Def Jam, the album accumulated 775 million global streams within the first week of its release. Data from SpotifyCharts.com reveals that “Donda” became the second-most streamed album in 24 hours on Spotify ever- with nearly 10 million streams on the day of its release.

On Sept. 3, Drake’s “Certified Lover Boy” broke the record for the most streamed album in a single day on Spotify, breaking his own previous record for “Scorpion.” CLB also racked up the biggest album debut in 24 hours on Apple Music, outperforming his own 2018 record for “Scorpion” once again. While both albums feature high-profile collaborations, the visuals of the album covers are total opposites. “Donda’s” album cover is a solid black square- which some fans speculate is to blame because the album was released without West’s final approval. On the other hand, CLB displays iconic emojis of 12 pregnant women of different skin tones in a squared format for its album cover.

Both albums use features as a tactic to maximize their streams. “Donda” includes collaborations with The Weeknd, Lil Baby, Pop Smoke, Roddy Rich, Kid Cudi, and Lil Durk. CLB’s most popular songs include features with artists such as Travis Scott, Lil Baby, Future, Young Thug and Jay-Z. Songs in “Donda” focus on impressive themes like God, family, and divorce by incorporating some gospel and unique sounds with rap. This didn’t always flow throughout the album but kudos to Kanye for taking such creative risks and pushing important themes. While there are certainly some wow moments on “Donda,” the tracks simply don’t compare to Drake’s album. Based on the poll posted on The Buzz’s Instagram account, 73% of DHS students argue that CLB is better than “Donda” and for good reason.

Both artists are extremely talented but Drake caters to the fans in ways that West didn’t. Drake has a very distinctive sound which is why his songs are always major hits. His rapping style is constantly changing, and he adapts to the artists he’s collaborating with, whereas fans think that Kanye let his voice and style get lost in the features of this album. With this album Drake managed to produce catchy and marketable songs. The placement of the artists featured was absolutely perfect. In “Donda” there’s moments of vulnerability which we haven’t seen from Kanye recently, but CLB does better in sales because people can’t help but bump along to the songs and replay them over and over. Take the hit song “Way 2 Sexy (with Feature & Young Thug)” as an example. This song is more of a humorous collaboration and has no real message behind it, but has accumulated more than 121 million streams as of now, according to Spotify. Although both albums will be played in rotation in the following months, Drake’s album features better rapping than anything out of Kanye on “Donda.”