Taking Out the Trashers 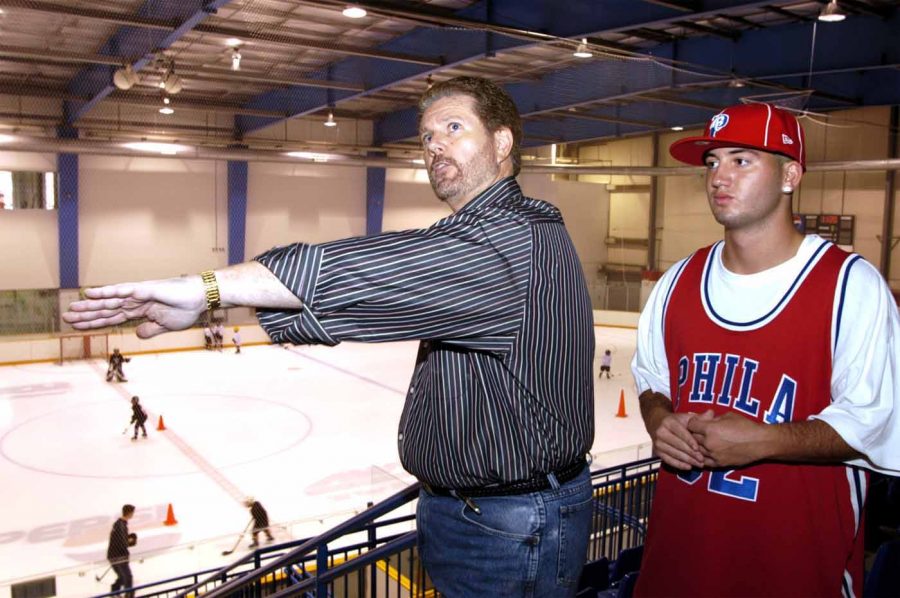 The Danbury Trashers, a defunct professional hockey team that formerly competed in the United Hockey League, seems to have had connections to organized crime. The owner of the Trashers, James (Jimmy) Galante, was tracked down by the FBI and ultimately arrested for fraud, racketeering and more. This trash-industry tycoon was revealed to have ties with the mafia, his arrest eventually putting an end to this two-year-old franchise.

A.J. Galante, former general manager of the Trashers, was gifted the team from his father, Jimmy. Galante’s father purchased this team for his son right after it was declared that the younger Galante had a hockey career-ending injury. Starting his management career at the ripe age of 17, he was perceived to have no clue about what he was doing. He had no prior knowledge of how to manage a business, let alone a professional hockey team. Galante’s son was only a high school student at the time he was named GM.

As this team was being managed by a teenager, antics and fights were seen to be a big part of this team’s image. The Trashers ran by one motive, which was to intimidate their opponents. They lived up to their image by “dropping the gloves” with players on the opposing team and even setting off a fire alarm in the visiting team’s hotel room during a particular night. The team was seen as an embarrassment both to the UHL and the NHL.

The roster was stacked with mostly low-profile hockey players, who only had one job, to fight. In the 2005-2006 season, forward Brad Wingfield led the team in penalty minutes, with a whopping 320 minutes spent in the sin bin. Wingfield played as an enforcer, also known as the player who goes out of their way to rough up opponents. There was no better team for him to be on as he used his gritty playing style to terrorize the opposing players. Rumun Ndur, who was referred to as the Nigerian nightmare of hockey, found his home in Danbury for a singular season. Ndur was an NHL-caliber hockey player, as he had played in the national league prior to his time in Danbury. He was also referred to as an enforcer, adding more skill level to their hard-headed team.

With all this publicity on the newfound heroes of Danbury, the FBI started their investigation on Jimmy Galante. In 2006, after an investigator recorded and listened to hours worth of phone calls from Galante, as well as gaining inordinate amounts of documentation on Galante, it was time for the FBI to strike. Following this discovery, in Jun. 2006 Galante was issued a 98-count indictment painting him as a mobster. The indictment stated that Galante ran an illegal business, his trash collection empire. He strong-armed all other trash collection competition out of his way. Galante is known to be “the real Tony Soprano” and had an estimated net worth of 100 million dollars before all of this.

Along with this, Galante and other members of the Danbury Trashers franchise, including former coach Todd Stirling, were indicted for defrauding the UHL. According to the indictment, Galante and Stirling provided players and their wives with “no-show jobs” and slid illegal payments under the table. In effect, the duo violated the UHL’s $275,000 per team salary cap. On top of that, Stirling faced 6 counts of wire fraud. Galante was released from federal prison in 2014 after serving 6 years, while Stirling avoided jail time.

The hockey team that occupied Danbury, Connecticut was no longer in operation after the events that occurred in 2006. There has been much publicity on this team and the scandal that occurred behind closed doors recently. In 2021 Netflix released an episode of Untold, a sports-docuseries, that shines light on the Trashers and the mafia activity that came with it. The episode titled, Crimes and Penalties, shows the audience perspective from Trashers fans, A.J. Galante, and even Jimmy Galante himself. The team obviously didn’t have the long-term success they hoped for but they did have a runaway success story that caught the eyes of thousands.